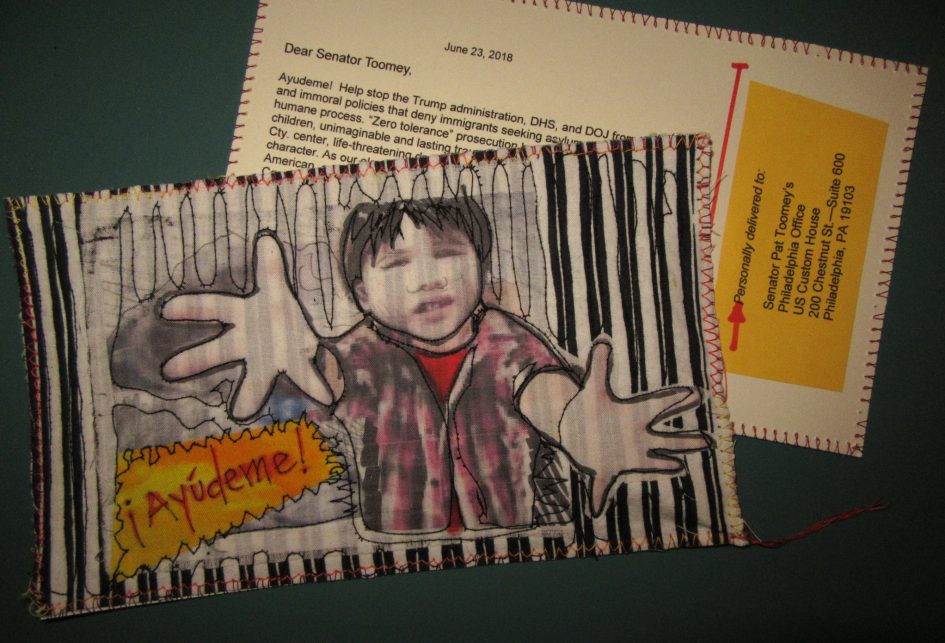 Ayudeme! is Spanish for help! I just made these collaged, altered photo-transfer art-quilt postcards for my senators, with the hope that a hand-made, hand-delivered expression of opinion gets some attention to their constituent’s point of view. The message to Senator Toomey:

Help stop the Trump administration, DHS, and DOJ from the cruel and immoral policies that deny immigrants seeking asylum access to a speedy, humane process. “Zero tolerance” prosecution has meant persecution, lost children, unimaginable and lasting trauma, incarceration—including at the Berks Cty. center in Pennsylvania, life-threatening deportation, a vicious stain on our nation’s character. As our elected official in the majority party, you have the clout. As an American, a Pennsylvanian, a wife and mother, I am counting on you. Conscience First.

The message to Senator Casey:

Thank you for being the moral voice of our country once again. Thank you for pressing the Administration, DHS, DOJ, and the Senate on our moral obligation to families seeking asylum at the US border. Yes, all children must be swiftly reunited with their parents, and given medical attention to help with the irreparable trauma that’s been inflicted. Yes, we desperately need a swift, humane, fully staffed process of immigration. Keep speaking up to end the cruel policies enacted even in our state’s Berks Cty. Center. As an American, a Pennsylvanian, a wife and mother who is inspired by my faith to improve the lives of all women, children, and families, I thank you for your leadership on an issue where Conscience Comes First. 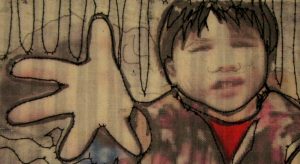