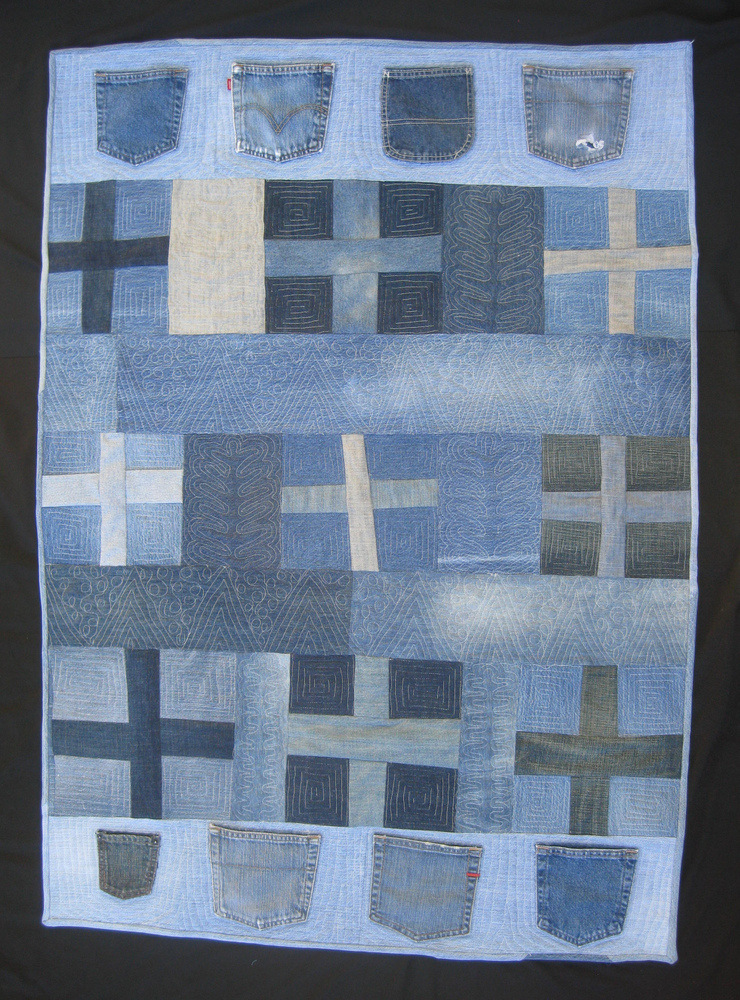 This quilt evolved when I decided to play around with denim crosses, with pieces cut from worn jeans. As I improvisationally constructed the blocks, the phrase “Blue Cross, Blue Shield” lodged in my brain. I was wondering what to do for shields, when I realized that back pockets are shaped like shields! Serendipity! While creating it, the election season was in full swing, and a major political party endorsed taking health insurance from millions of people. So this quilt accidentally became a statement – that behind the arcane policy debate, real human lives are at stake. Thousands will die if we don’t fix the system, rather than destroy it. 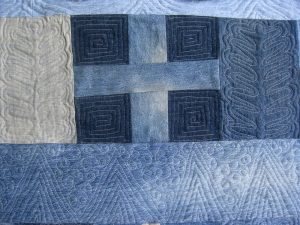