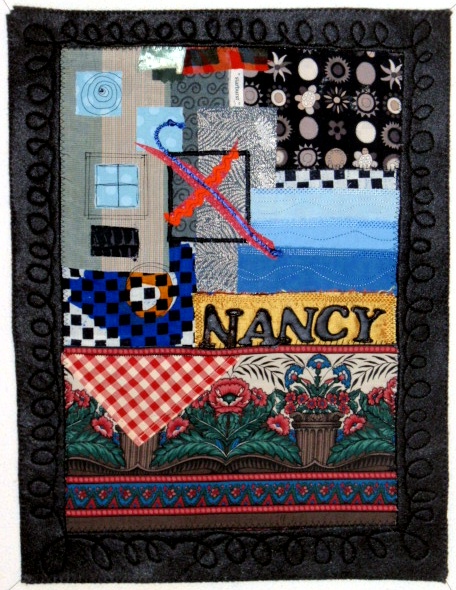 But Everyone Knew Her as Madame Speaker

The lyrics to the Beatles’ Rocky Racoon, includes the lines,

“Her name was Magill, and she called herself Lil
But everyone knew her as Nancy.”

But for many of us, Nancy indicates none other than Nancy Pelosi.

As Speaker of the House from 2007 to 2011, and again since January of 2019, she is the first woman, the first Californian, and the first Italian-American to hold this leadership position—which is only third in line for the presidency.

Ms. Pelosi was born in my hometown–Baltimore, to a political, Italian-American family. She was the only girl and the youngest of seven children of Tommy D’Alesandro, who became the mayor of Baltimore when Nancy was seven years old.

My quilted tribute features symbols of her life and achievements: tablecloths of restaurants in Baltimore’s Little Italy, a classical column of Roman architecture, the waters of the Chesapeake Bay and the San Francisco Bay, the patterns of the inlaid marble floors of Congress, a box with an X-mark, to denote the vote.

Her powerful position, her practical and progressive views, and her ability to stand up to the president and the GOP make her a (s)hero of our time. 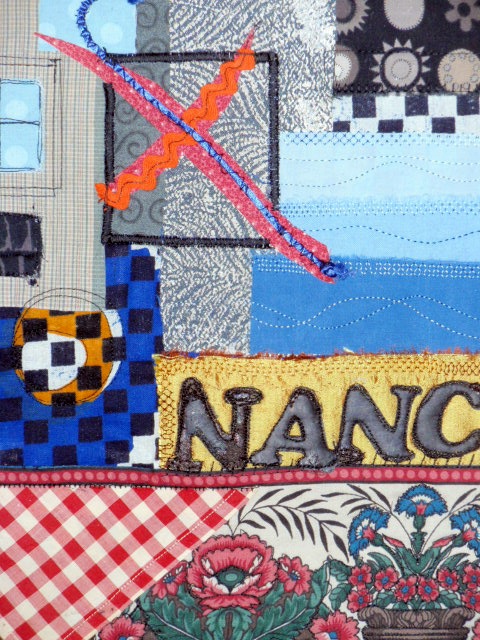