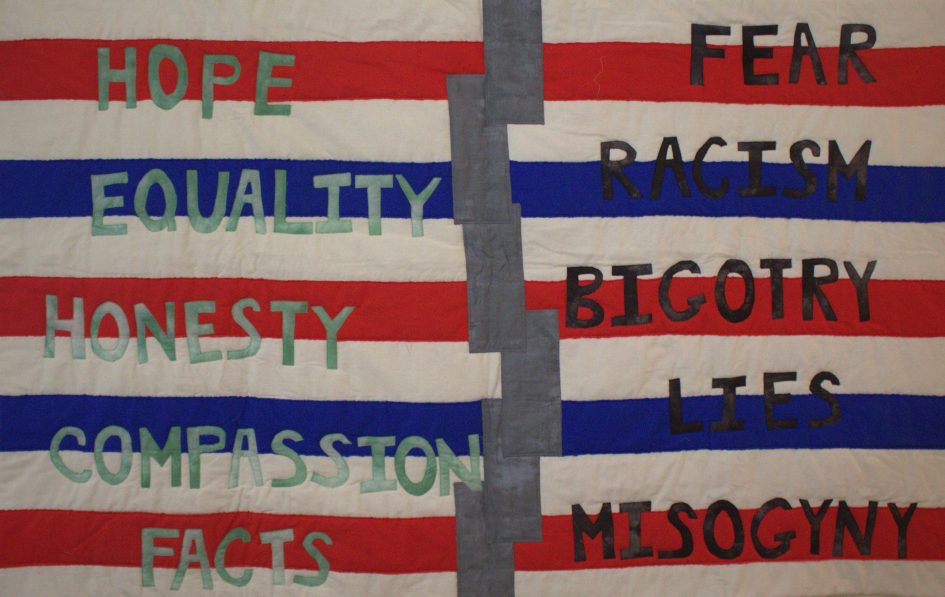 This quilt is in response to Donald Trump insisting on spending billions of dollars building a wall between the United States and Mexico. Facts show his proposed wall will not be effective against illegal immigration and drug smuggling. He is using the wall to further divide our country by encouraging fear, racism, and bigotry. 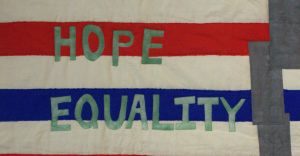